The love hormone and mental health
January 5, 2020 by Wendi

What hormone causes you to feel love, empathy, compassion, and trust, makes you feel bonded to your loved ones (including pets), reduces feelings of fear and stress, increases honesty, causes women to deliver babies, and causes men and women to have orgasms?

This hormone is the main reason why animals, like humans live in cooperative groups.  Body language, compassion, social recognition, and emotional connections are essential for survival in social animals. It also happens to help us live longer, and….this hormone makes us feel really good!!

This hormone is oxytocin 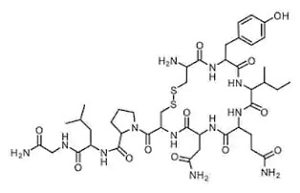 We often separate our cognitive/thinking brain functions from our emotional/feeling brain functions but feelings are as physiological as thinking, regulating body temperature, or digesting food.  We feel things because of the levels and combinations of hormones and neurotransmitters produced by our brain and endocrine system. When we have higher levels of hormones like oxytocin and serotonin then we feel good.

Oxytocin is produced in a part of the brain called the hypothalamus; it is then transported to the posterior pituitary gland where it stored until it is released.  When oxytocin is released, it binds to many cells in the body including other brain cells.  Low levels of oxytocin makes us feel lonely, isolated, anxious, disconnected/ detached, and contributes significantly to depression.

Oxytocin makes us feel great, so how can we make sure our brain is producing enough it?

But first, a little love story…. 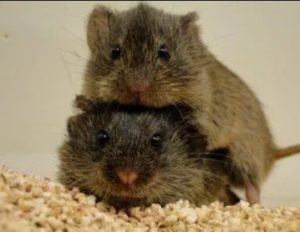 There is a species of prairie vole that forms tight monogamous relationships. They groom each other extensively, nest together, and have no interest in meeting other voles once they have found “the one”.  There is a very closely related vole species that shares more than 99% of the same DNA yet this other species is the one-night stand type and has no interest in forming a single long-lasting relationship.  Only a handful of genes are different in these voles and one of them affects the release of oxytocin.  If scientists block the release of oxytocin in the monogamous voles, they become like their philandering cousins; likewise, if they inject oxytocin into the one-night stand voles, they form monogamous relationships.

Are humans meant to be monogamous?  All monogamous species make oxytocin, but not all species that produce oxytocin are monogamous; scientists are still not sure about humans so I will let you decide for yourself.

Regardless of monogamy, humans benefit in many ways from producing oxytocin.  Levels vary between people for reasons that are not all known yet.  It is an evolutionary survival benefit to live in groups and share skills, to protect and care about each other and our children, to have morality, honesty, empathy, and trust; oxytocin is what makes all of that possible.  It is an added bonus that it makes us feel so great!

Fun Fact: Psychopaths, sociopaths, and people with severe autism produce significantly less oxytocin or have alterations in their oxytocin receptors compared to other humans.

MDMA (methylenedioxymethamphetamine), also known as Ecstasy, or the ‘love drug’ is a drug that stimulates the release of a few different molecules including oxytocin. Recently, MDMA in very low doses has been used to enhance psychotherapy, to help people with personality disorders, autism, and schizophrenia. The treatment causes patients to feel friendlier, more trusting, more empathy, and better able to connect with people.  MDMA also stimulates the release of dopamine, serotonin, and norepinephrine, so some other effects include feelings of alertness (dopamine) and anxiety (norepinephrine) can occur.

How can we increase oxytocin production naturally?

Besides delivering a baby or breast feeding…

Many mammals that produce large amounts of oxytocin will die as babies if they are not touched; the most well-known example is elephants but this will occur in many other species as well.  In humans, babies that lack physical touch have delayed physical development as well as a stronger/maladapted stress response, increased anxiety, and higher incidence of mental health disorders as adults.

Fun Fact – Dogs make more oxytocin than cats, technically, your dog loves you 5X more than your cat. Dogs have evolved as companions to humans longer than any other domesticated animal species.  Dogs that could bond with humans were more likely to survive. I believe it is why dogs today have such amazing abilities to read human body language. We have been evolving together for over 15,000 years; which is why we can form very strong bonds with dogs. 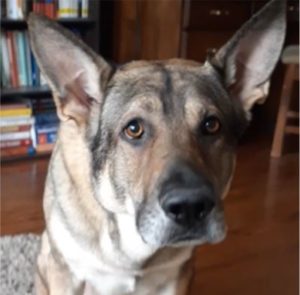 Some people have habits that simulate a relationship, the most common being smoking and alcohol, but I would argue that over-eating falls into this category as well.  Often people that quit smoking or drinking feel like they have lost a friend. Research shows targeting the oxytocin system in the brain is a potential target for treating addiction. In fact, one study showed that male rats that were addicted to cocaine, pushed the cocaine lever much less when placed in a cage with a female rat.  But, if they were partnered up with another male rat that caused fighting and stress then the rats chose cocaine over food.  A nice rat friend was better than cocaine, huh.

Last cool thing about oxytocin, it directly reduces the production of cortisol, the stress hormone that can wreck havoc on our body and cause all kinds of health problems and disease.  This is why therapy animals are becoming popular in many settings.

Bottom line, healthy social interactions are extremely important for our physical and mental well-being. And if you don’t have enough cool people in your life, then get a dog 🙂

The orgasmic history of oxytocin

Effects of MDMA and intranasal oxytocin on social and emotional processing

The Role of Oxytocin in Antisocial Personality Disorders: A Systematic Review of the Literature

Sapiens: A brief history of humankind – this book talks about how dogs and humans evolved together in chapter 3

Life in groups: the roles of oxytocin in mammalian sociality

Oxytocin-gaze positive loop and the coevolution of human-dog bonds

Previous articleFasting after feasting has many health benefits

Next article Aging and Telomeres - how lifestyle factors have an impact

Awesome article Dr.W! Obviously, Dex has no problem with the “love hormone” — he can stare for hours!