The Chloroqine Controversy
June 8, 2020 by Wendi

Chloroquine was reported as a “cure” for Covid-19 one day and a cause of death another.  What is really going on?  And how does a parasite drug become a treatment for a viral infection?  I decided to look into this issue.

Drug studies should be black and white, do a randomized placebo controlled study, give a bunch of people the drug and a bunch of people placebo and then see if the treated group does better than controls.  But this is not what was happening with chloroquine and its analogue, hydrozychloroquine.  Studies have been rushed and conclusions made and then extrapolated and misinterpreted….then a telephone game of bad information spread leaving people with no idea what to think.

Chloroquine and hydroxychloroquine are anti-parasitic drugs that are used to prevent malaria.  Malaria is a protozoan parasite that is transmitted by mosquitoes and enters the bloodstream to infect red blood cells and liver cells.  Chloroquine works by increasing the pH (making it more alkaline) of endosomes and affects the function of pH-regulated proteins.  The drug enters the parasites food vacuole and intereferes with proteins, like heme polymerase and kills the parasite. Link 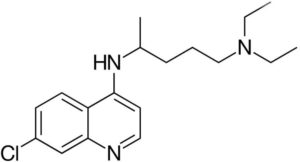 Chloroquine is also used to treat some autoimmune diseases

Chloroquine helps reduce the severity of symptoms of several autoimmune diseases such as lupus, rheumatoid arthritis or inflammatory conditions like sarcoidosis or scleroderma because it inhibits pro-inflammatory cytokines such as IL-1, IL-6, and TNFa. Link

This is super interesting because one of the issues with Covid-19 is that sometimes the immune system over-reacts and causes a cytokine storm, making the symptoms much more severe in some people.  Sometimes when a person’s immune system comes into contact with a new pathogen it can over-react and the damaging effects of the immune response can be fatal. Down-regulating the immune response may be beneficial in treatment of people with severe covid and chloroquine reduces some of the cytokines involved in cytokine storms. April 2020 Cytokine storm and immunomodulatory therapy in COVID-19

How do we know chloroquine could treat Covid-19?

A plethora of drugs have been tested as potentially reducing viral entry into cells, or inhibiting replication, or reducing the severity of symptoms.  In vitro studies have shown that chloroquine and hydroxychloroquine can enter lysosomes, increase pH and affect pH-regualted enzymes, like hydrolases that modify proteins.  Some proteins need to be modified in cells before they can function.  It happens that the protein receptor ACE2 that the Covid virus uses to enter cells can be disrupted by these drugs….if the receptor can’t get to the cell surface and function, then the virus can’t bind and infect cells.  Here are 3 research papers that discuss how these drugs block covid in petri dishes.

Mar. 2020 – In Vitro Antiviral Activity and Projection of Optimized Dosing Design of Hydroxychloroquine for the Treatment of Severe Acute Respiratory Syndrome Coronavirus 2 (SARS-CoV-2)

What do the human studies show?

In Feb., 2020, Researchers in Hubai China did a small study involving 30 patients that had Covid and received 400mg of hydroxychloroquine (HCQ) for 5 days.  The results showed that this small group of patients recovered faster by reducing the cough time and fever, and patients with pneumonia recovered faster compared to untreated. This looks very promising. Link

Mar. 20, 2020 a French group also published a paper in the International Journal of Microbial Agents (IJMA) stating that “100% of patients treated were cured”.  The study was very small, only 26 patients, and keep in mind that many people recover on their own without treatment, this is why it is so important to have randomized controls as a comparison.  In this study, 6 of the patients in the treated group were excluded from the study because they either went to the ICU (3), died (1), stopped treatment because of nausea side effect (1), or left the hospital (1).  Other than the one death in the treated group, all other 36 patients in the study (treated (20) and control group (16)) recovered. So to say the drug caused 100% to be cured is quite untrue. Link

A lawyer on Fox News declared the results showed 100% cure rate against coronavirus and then Trump tweeted about it a few hours later.  Four days after that a 60 year old man and his wife consumed aquarium grade chloroquine; he died, the wife was in critical care but recovered. News story here

On April 17 a Korean study was published in IJMA showing that hydroxychloroquine successfully prevented covid in small study of 211 people in long term care hospital in Korea. They gave 400mg HCQ to patients and staff for 14 days that were exposed to an index case working at the hospital. The purpose was to see if HCQ could prevent infection. Everyone tested negative at the end of 14 days, except 2 patients that were already on end-of-life care that died. In this study there was no control group, everyone exposed to the index case got the treatment.  Did the drug prevent them from getting sick?  It is not possible to say if there is no control group.  There were 92 hospital staff that didn’t get the drug and also didn’t get sick but perhaps they had less exposure.  It is not possible to draw reliable conclusions from this study.  It also doesn’t mean that it didn’t work, we just don’t know for certain. Link

May 22, the highly reputable scientific journal The Lancet published a study showing that chloroquine was associated with an increase in deaths by increasing ventricular arrhythmia.  So we have gone from 100% cure rate to it causes death.  In this study, data was collected from just over 96000 patients by a company called Surgisphere.  This is a very high number of patients and a huge amount of data so would be really great to see a statistical difference in such a large number of patients.  This study showed that 11% of patients taking the drug died.  But what you probably didn’t hear about is that only the sickest patients were receiving the drug and had comorbidities and likely would have died anyway.  It is not clear that the drug caused the deaths.  Link

June 4 – That study was retracted. Link

“More than 100 doctors pointed to many possible flaws in the study’s methodology and inquired about the transparency of Sugisphere, the company that had collected the study’s data — supposedly from 96,000 coronavirus patients. The company refused to submit to an independent review of their collection methods, and in their letter on Thursday, the three researchers said that they “can no longer vouch for the veracity of the primary data sources.”

Then news articles said things like “On its face, it was a major finding: Antimalarial drugs touted by the White House as possible COVID-19 treatments looked to be not just ineffective, but downright deadly.”

The New England Journal of Medicine (NEJM) also had issues with the same data collecting company, Surgisphere, “Recently, substantive concerns have been raised about the quality of the information in that database,” an NEJM statement noted.

June 3 a paper was published in the New England Journal of Medicine (NEJM) that finally did a proper human, randomized, placebo controlled study comparing hydroxychloroquine with a placebo.  In this study they wanted to see if this drug could prevent infection….as the in vitro studies show, the drug should prevent the cells from making the receptor that the virus uses to infect cells.   The conclusion of this study is that there is no statistical significance between infection rate of people prophylactically treated with the drug or placebo. 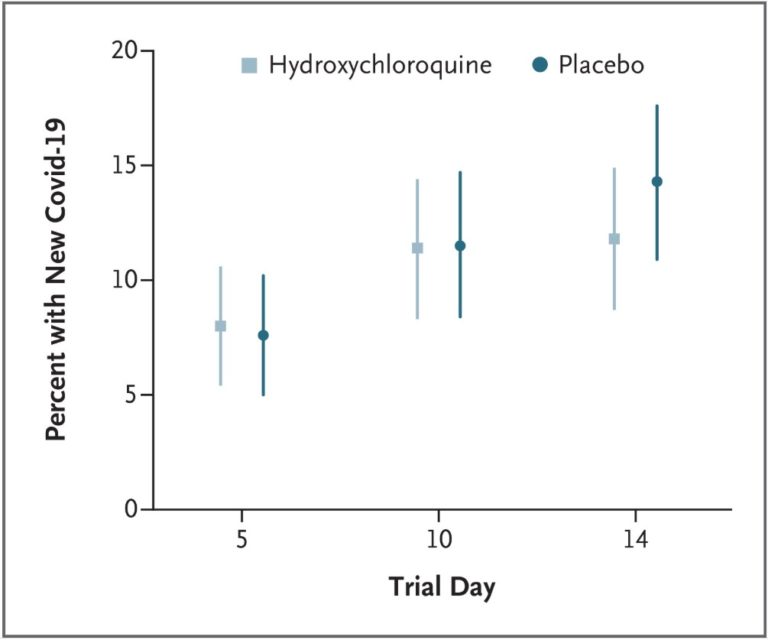 It may have had a small effect but with low participant numbers it is difficult to say.  In this study it seems that even the controls had mild infections.  On a scale of 1-10, with 10 being very severe, the average severity of disease in both groups was only 2.8.  Only 1 person was hospitalized in each group. Link

What is the bottom line?

Chloroquine is not a 100% cure but it also does not cause deaths.  It has been used safely for decades.  Many doctors believe it helps patients with Covid-19 and others believe it does nothing.  This has become a very heated debate in the medical world and after all of this, we still don’t truly know yet if this drug will help patients or not.  There are many more clinical trials going on and I am sure we will have more concrete evidence sometime in the near future.  In the meantime, be careful of reading headlines. Oh, and don’t drink fish tank chloroquine.

Price Based Country test mode enabled for testing United States (US). You should do tests on private browsing mode. Browse in private with Firefox, Chrome and Safari